The Island's Most Popular Tour
Fantastic Floating Fun for the Whole Family!

Waterfalls ... Majestic Spires ... Deep Canyons
The only way to see most of Kauai's Beauty!

Float down ditches and through tunnels carved in the Kauai mountains

The island's most traditional, historic luau in a tropical paradise setting

Kayak the Wailua River to the trailhead, then hike to a beautiful jungle waterfall

Sightseeing the Na Pali Coast, with dinner, sailing, and sunset over the ocean

The northern-most island in the chain of the Main Hawaiian Islands. the Garden Island of Kauai has been sculpted over eons of time to make it arguably "The Most Beautiful Island in the World." The cliffs and spires of the Na Pali Coast ... countless waterfalls ... tropical vegetation that seems like it is growing on steroids ... the Garden Island lives up to its name. 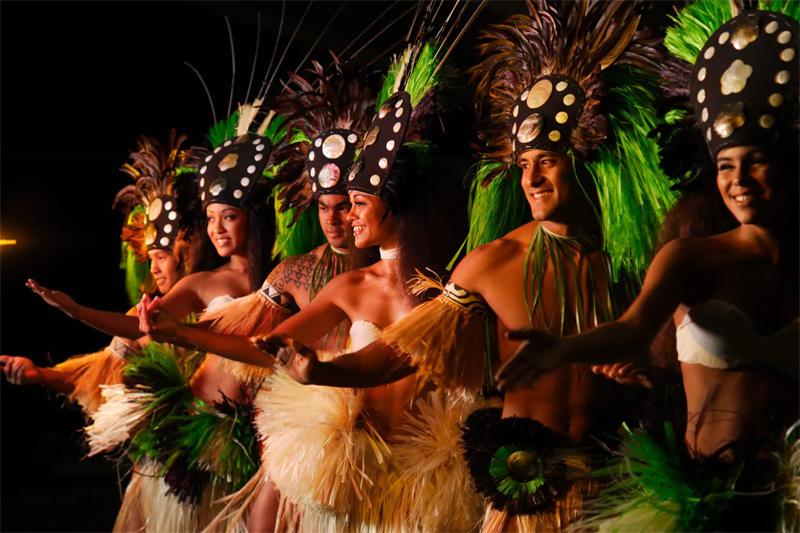 An entire evening of Hawaiian dining, Polynesian Music and Dance, with locations varying from Tropical Gardens, Oceanfront lawns along the beach, and a historic Sugar Cane Plantation. 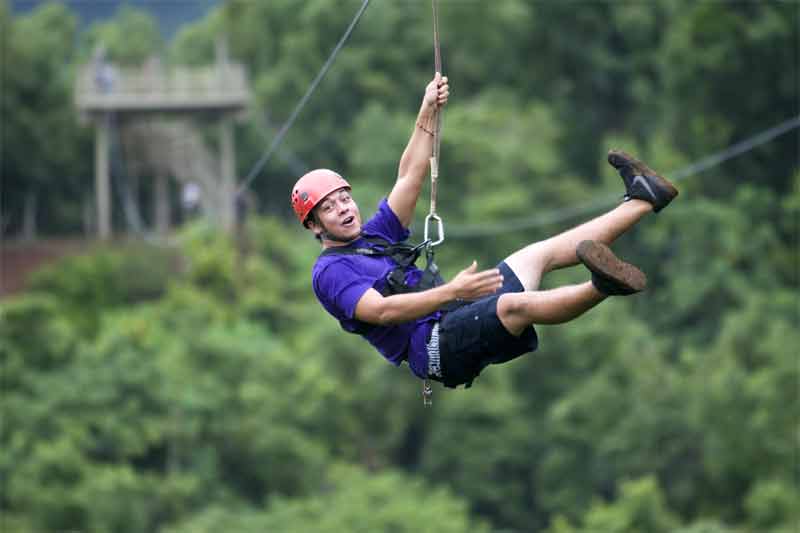 Soar like a bird over the jungle on one of Kauai's zipline tours. Safe and thrilling lines. 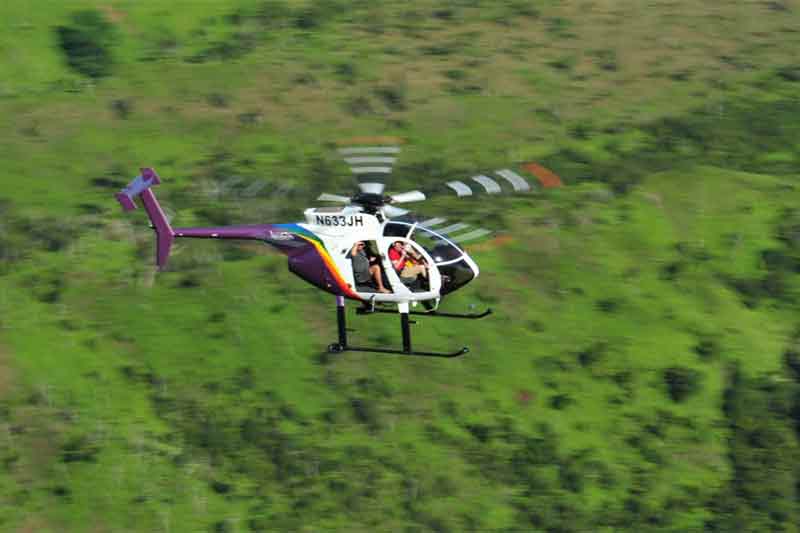 View towering cliff spires, majestic waterfalls, and isolated beaches from the air. There is no better way to see Kauai. 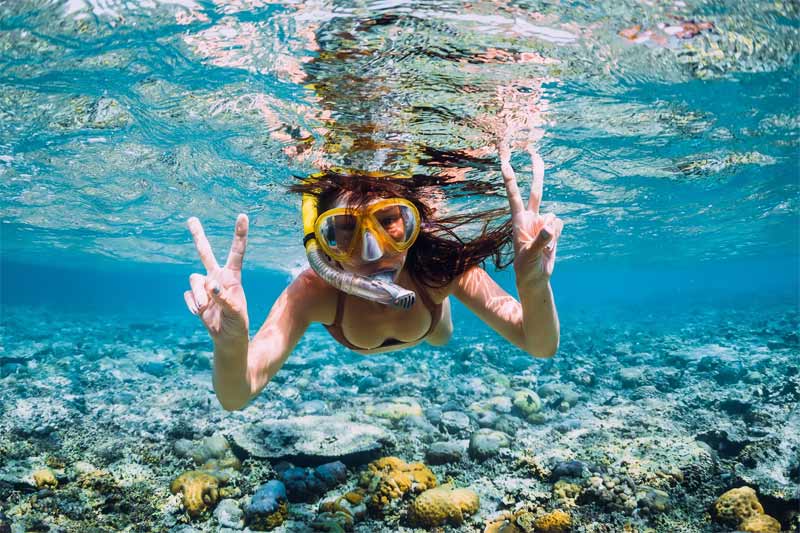 Beautiful scenery awaits above and below the surface when you embark on a Kauai snorkel trip! 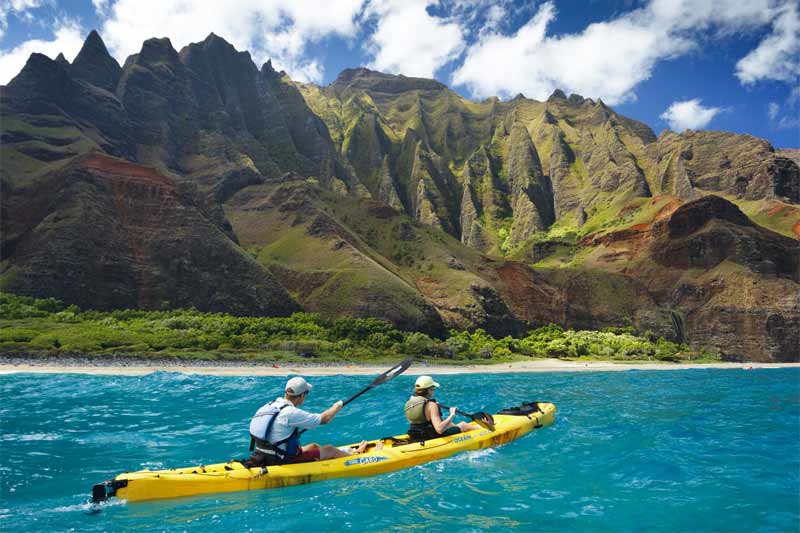 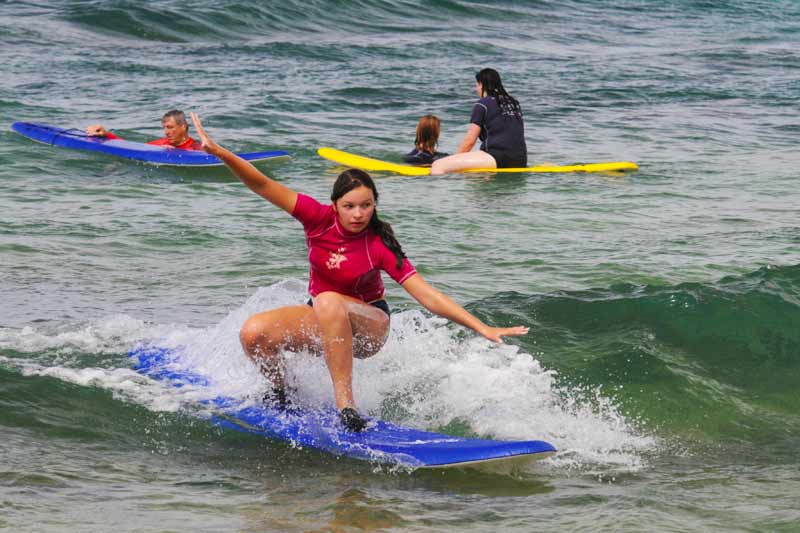 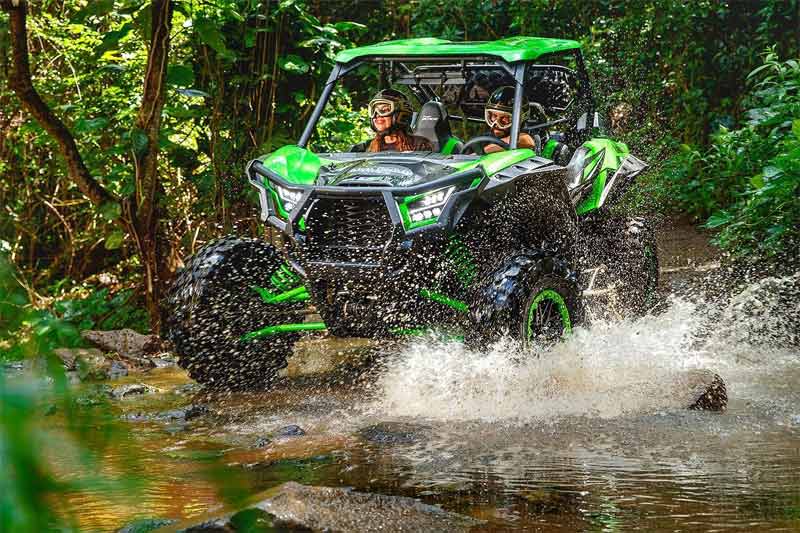 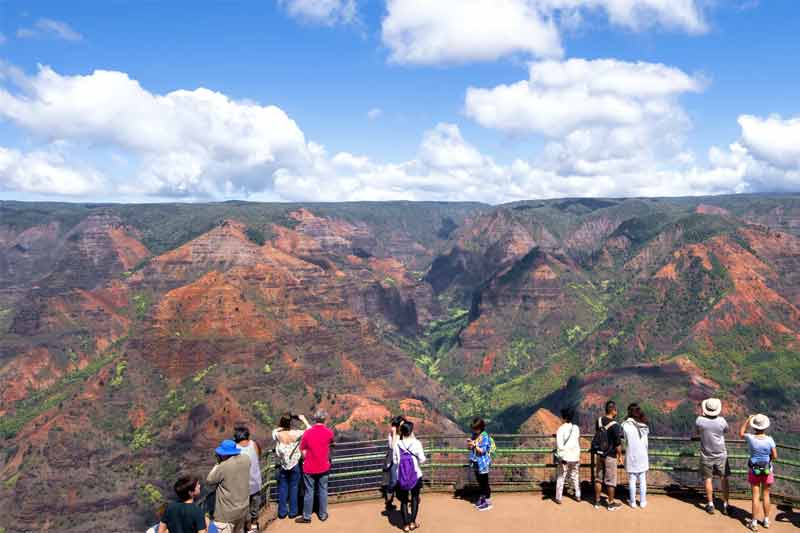 Laid-back tours for sightseeing on Kauai as well as day trips to other Hawaiian islands.

KAUAI ... is known as the "garden island" because it has the wettest climate and is the most lush of all of the Hawaiian islands. It is the oldest island so over eons of time the wind and rain have sculpted the landscape into some of the most spectacular scenery in the world. From the pinnacles of the Na Pali Coast to the deeply carved valleys of Waimea Canyon, the island will blow you away with its beauty.

Helicopter tours are very popular here, as there is no other way to see the remote, rugged interior and the isolated coastlines. The summit of Mt. Waialeale is the wettest spot on the face of the earth, averaging 480 inches of rain a year. All that water carves its way down the cliffs forming countless waterfalls of every size and shape imaginable. A helicopter tour of this island is our highest recommendation; we just can't imagine spending thousands of dollars to come to Kauai on vacation and not spending the extra $300 or so to see this magnificent place from the air. Eventually all that water finds its way to the lowland streams. The Wailua River is the only navigable waterway in the Hawaiian islands; another of our favorite tours takes you by kayak up the river with a hike to a secluded secret waterfall.

Mountain Tubing through the ditches and tunnels that were carved over 100 years ago to channel water from the rain forest to the thirsty sugar cane plantations that once thrived here. This tour is extremely popular (especially in the summertime) and is often sold out WEEKS in advance!

Another must-do event is to experience the rugged cliffs, sea caves, waterfalls, and towering spires of the Na Pali Coast. We offer a wide range of tours to this wilderness ... ocean rafting, sea kayaking, sailing catamaran, sunset cruises ... and of course helicopter tours fly over this area as well.

Kauai also has a variety of great zipline tours, ATV adventures, luaus ... you really can do it all on this amazing island!