Social distancing has reduced tour capacity and some events are selling out TWO MONTHS in advance!!! Book tours NOW for JULY and AUGUST or you will not get space! We are not kidding. If you do not plan ahead you will be disappointed.

Waterfalls of the Big Island 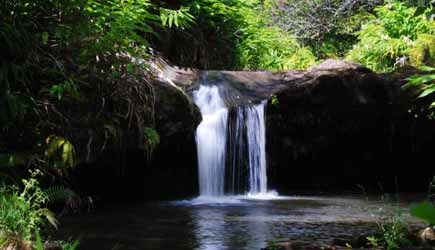 The Big Island is the youngest and largest of the Hawaiian Islands, and thanks to Kilauea’s constant eruption over the last 20 years, it’s still growing! The Big Island is almost twice as large as all other Hawaiian islands combined. While it is the biggest, it isn’t the most populated … there are about 148,600 residents. (Honolulu is NOT located here … it’s on Oahu.) The Big Island is made up of five connected volcanos, two of which are extinct, one is dormant, and two are very active. Mauna Kea and Mauna Loa are over 13,700 feet tall, and their summits often get snow during winter months! Because the island is so young, there are miles and miles of lava flows that are less than 200 years old. There are fewer beaches here, but the few that have formed are incredibly beautiful. The Big Island offers the best scuba diving and snorkeling in the Hawaiian islands.

Most resorts are on the Kona side of the island, with the most exclusive resorts being found at Waikoloa and Kohala to the north. Hilo has a few hotels, but is the more “local” side of the island. Kona and Hilo both have major airports. The Big Island is 95 miles tall and 80 miles wide. Drive time from Kona to Hilo takes about 3 hours.